In my last post, we discussed the rules of the game and how they allow an unlimited number of options in regard to tactical decisions that soccer coaches make. These decisions are made in each game, sometimes based on the particular circumstances of that game. But, there is a larger decision to make, the decision to have an overall philosophy of play – be it strong defense or possession first or pass/move or whatever type of play the coach and organization decides is their preferred mode. Each game the team works on developing the philosophy of play, attempting to become more proficient at it. Sometimes the philosophy will come into question for a specific game and the coach will have to decide if this time a departure from the norm is called for, or does “team style” mean EVERY game regardless of situation. So there are two difficult decisions or conundrums to be made- one for each game and one for overall style of play.

A few weeks ago Chelsea and Liverpool played an important match which had a large bearing on the English Premier League title. Chelsea played a very defensive formation, putting a large number of defenders in front of their goal and basically daring Liverpool to break them down. Liverpool tried but never managed to accomplish that feat and when a misplayed control and a slip on the turf combined to give Chelsea a goal, Liverpool’s fate was sealed. This particular game illustrates our soccer conundrums in that while Chelsea and manager Jose Mourinho had no trouble deciding how they wanted to play, Liverpool manager Brendan Rodgers faced a more complex situation. Rodgers has always preached and practiced a pass and move  offensive brand of soccer. This season the Liverpool squad was great at it, although it occasionally cost them goals on their defensive end. But, for this game, a draw and the one point in the standings that is earned by a draw would have helped Rodgers toward the championship. The idea of sitting back and walking away with a 0-0 result must have crossed Rodgers mind, but he chose to stay with the “Liverpool Way”.

After the game the soccer world was abuzz with conversation concerning this tactical battle between Mourinho and Rodgers. The Soccer Yoda listened with great interest, one- because he is, after all, The Soccer Yoda- and listening to the soccer community was of great interest; two- he is a Liverpool fan, so there was the added incentive of hearing what people were saying about his favored club. But during the many discussions in person, on radio and on television, Soccer Yoda heard one caller to a phone-in program bring up a very interesting point. The caller said,”I wonder what NBC would have thought if Rodgers had decided to take the draw and the two sides simply stared at each other for 90 minutes, Liverpool in their half of the field with the ball, and Chelsea in their half without it”.

To fully grasp the weight of the callers comment, we must take into consideration the fact that NBC paid $250 million for a three year ownership of the Premier League television rights in the United States. The company owns a number of channels and has successfully shown league games this season on these channels with the viewership increasing each month. The expenditure was a gamble, but it seems to be paying off well. The increasing soccer audience in this country has managed to get up at early weekend hours to watch the arguably best league in the world and NBC appears to have pulled off quite a coup in its purchase. The televised matches have absolutely increased American interest in soccer. Many new fans, perhaps thousands of them, have been drawn in by the drama and action of the sport and of this particular league. Although a dull draw in the Chelsea- Liverpool game probably wouldn’t have dented the viewing numbers much, a series of similar matches definitely would take a toll. In this country and to a much lesser extent in others, a third question arises at high levels and perhaps at lower levels also: what is good for the game? I am pretty sure that Mourinho and Rodgers probably didn’t give that question a seconds thought combined…..yet for American coaches , when faced with competition from other sports and attempting to convert sport fans to soccer, the question ,” should we do what is best for us or what is best for the game?” should take at least a moments thought.

The only entity which is specifically tasked with doing things for the good of the game is FIFA, the international organization which governs most all soccer in the world. But FIFA fails at that job time after time. For example,  FIFA hasn’t yet been introduced to the stopwatch. The concept of stopping the clock during specific events such as injuries, goals, substitutions, blatant timewasting, etc. is seemingly unacceptable to FIFA so not only does the timewasting constantly occur, but once in a while the added time which is supposed to nullify the effect of any stoppages during the game comes into question – like this past weekend when no one could figure out how the Champions League final got 5 minutes of stoppage time. Real Madrid used those added minutes to score a goal, force extra time and eventually win the title. More important issues like racial abuse, overspending by rich clubs, breaking contract rules governing youngsters, get a slap-on-the-wrist approach. No, FIFA does little for the good of the game and awarding the 2022 World Cup to Qatar probably tops the “not for the good of the game” list of FIFA actions and nonactions. 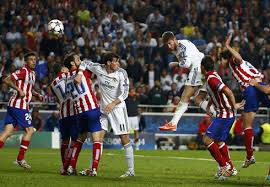 So, it falls on other organizations; national federations, leagues, clubs, and coaches to ponder whether their actions are for the good of the game or if they should even worry about that concept when faced with more immediate and closer-to-home decisions. Certainly, in many countries………………………………………….We (actually I , the Soccer Yoda) interrupt this post to bring you breaking news!!!!

Landon Donovan, the all time leading national team goal scorer and arguably the best player ever to represent the United States, has been left off the USA World Cup roster by coach Jurgen Klinsmann !!

Ok, this actually happened a few days ago, but I couldn’t post this piece without mentioning the most talked about soccer controversy that this country has ever seen. I am not going to repeat all the arguments, theories and accusations  that have been discussed since Klinsmann announced the 23 player World Cup roster. Gad, even his announcement of the roster caused a stir, coming as early as it did, even before any tune up matches were played. But, in a sense ,the decision falls under the category of “good for the game”. How so? The news of Donovan’s absence from the team has been announced and discussed on virtually every sports network and talk show in the country. Who would have ever thought that the NBA playoffs, the upcoming NFL season, the daily MLB scores, would ever be pushed back on the sports news agenda by news of a surprising soccer roster announcement? If Jurgen wanted to make sure that the country was talking World Cup soccer- even non-soccer people, mind you-  a month before the actual tournament begins……well he certainly did it. Even I have been asked by individuals who know little and usually care less about my sport….” what’s up with this Landon Donawhatcha thing?”. So, in that regard……in consideration of the third conundrum-the good of the game…..way to go Jurgen! As for the good of USA World Cup fortunes……well, that remains to be seen.